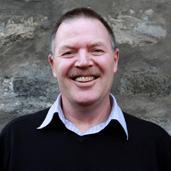 Peter graduated from Napier College in 1977 and after working for 2 years as a social worker, started his housing career in Motherwell in 1979 working in Homelessness, progressing over 7 years to acting Deputy Director of Housing.

Peter moved to Wales in 1986 as Chief Housing Officer for Islwyn Borough Council. During this period he developed and delivered what would be known today as an asset management strategy. For those of you with an interest in politics this was Neil Kinnock’s constituency. Interesting times!

After local government reorganisation in Wales in 1995 he spent 2 years with Caerphilly County Council as chief officer responsible for public sector housing and direct adult care services before moving to the south east of England as Moat Housing Group’s Group Director of Operations, where he led on a group-wide performance review and the setting up of a new subsidiary to receive a major stock transfer. He was also instrumental in preparing a partnering agreement which anticipated many of the now familiar “partnering” phrases.

Peter moved back to Scotland in 1999 and into consultancy with RPS Group as its Regeneration Director, working on major planning, environmental and regeneration projects.

He and his wife Kerry set up DCL in 2002 focusing on the affordable housing and regeneration sectors. Peter has led on a number of major urban regeneration projects and stock transfers for RSL’s and local authorities, including a 3 year commission as a lead advisor to Glasgow Housing Association on its successful secondary stock transfer programme.

Peter has, throughout his career, developed and maintained a keen interest in “community” and supports DCL’s research and community engagement services to the renewables sector. 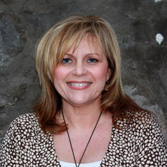 Kerry is one of Docherty Consulting Limited’s (DCL) two founding Directors and has extensive senior management experience in the local government and housing association sectors.

As Newydd HA’s Director of Housing, in South Wales, Kerry in partnership with local residents, led one of the most innovative stock transfers to a successful outcome and developed an innovative and successful resident engagement approach.

Kerry is now a Personal and Business Coach working with individuals and groups to develop skills that help them set and achieve goals in both a personal and work-related context.

Kerry offers an empathic and supportive approach that encourages clients to identify and overcome barriers that have previously stood in the way of success.

She is enthusiastic, creative and supportive and thoroughly enjoys working alongside people, encouraging them to create and sustain positive change, reach their goals and develop to their full potential.

Kerry is a fully qualified life and business coach and a registered MIRo Practitioner.

She is able to use this psychometric assessment in coaching.

Kerry is also a member of the Association for Coaching and work to their respective codes of ethics and good practice standards.

A number of successful projects carried out together.

A strategic partnership stretching over 15 years.

The Chartered Institute of Housing is the independent voice for housing and the home of professional standards.